INSPIRED BY MOTHERS AND GRANDMOTHERS EVERYWHERE

Growing up in New Orleans, the Figueroa brothers were surrounded by the enticing aromas and flavors of Caribbean, African and European cuisines. They were also inspired by all the extraordinary women in their lives. Their mother was a gourmet cook and from her they developed a passion for international cuisine. Their grandmothers and aunts shared family recipes and taught the young brothers the importance of balancing spice and flavor—and putting a lot of love in everything they made. So many women had such a strong influence on their lives, it would be impossible to name just one.

So who is Melinda? “Melinda represents all of the women who have shared their passion for cooking and food and family,” explains Greg Figueroa. “She symbolizes mothers and grandmothers all around the world who make food with love!”

This passion for food and flavor took the brothers around the globe, eager to experience new ideas and to be inspired by new ingredients. It wasn’t long before they decided to share their passion and create their very own hot sauces. In 1989, Melinda’s hot pepper sauces were introduced and they set the culinary world on fire! It was the first brand to truly balance fire and flavor. The first brand to introduce America to the habanero chile pepper, and the first to introduce a pepper sauce with a variety of heat levels.

The Figueroa Brothers’ early success was recognized locally and nationally in the press, and by October 1992, at the ages of 24 and 25, they were featured in Entrepreneur Magazine’s “40 under 40” issue. Dave DeWitt, known as the “Pope of Peppers” for his knowledge of all things spicy said, “The Figueroa Brothers have done more for the promotion of the habanero pepper than any other company. They made the habanero a household word.”

Tireless to create, the brothers never rested on their laurels and as the years passed, they created new sauces featuring chile peppers from around the world. Each sauce crafted to balance the heat and flavor perfectly. All with no artificial preservatives or colors, no gluten and no GMOs.

So let Melinda’s hot pepper sauces inspire you to get creative in the kitchen! With a dash here and a splash there, it’s easy to add a world of flavor to any meal. 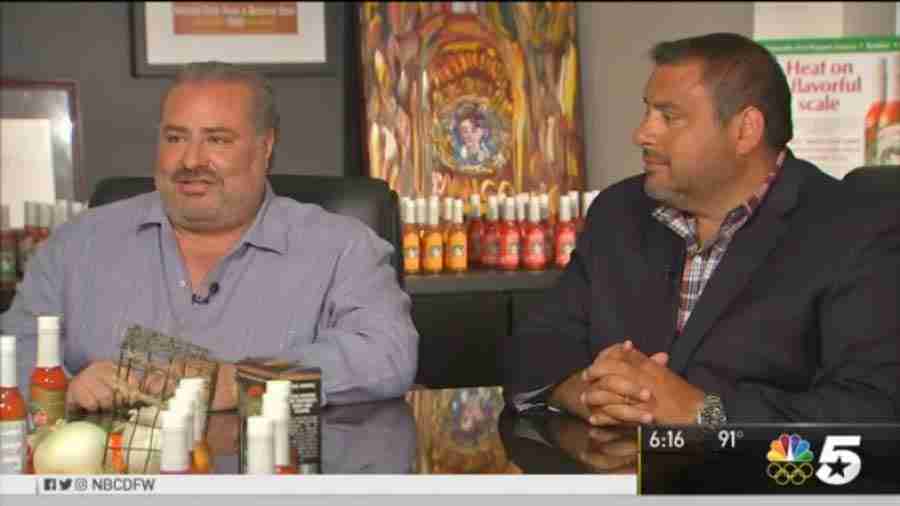 About Our Pepper Sauces    NEXT>>

“Huge fan of this brand - I have several, but keep going back to the Scotch Bonnet sauce - it's tremendous. Great snappy balance of flavor & heat - incredible on jerk chicken & pork. Get you some!”
Scott Zalkind / Lucky Dog Hot Sauce Co.

"Best mix of flavor and heat there is. Melinda's doesn't use extracts, but uses the pepper itself, which allows you to taste the flavor of the pepper.  My favorite is the Red Savina sauce, but they're all good.”
Chad Miller

“Fan for about 10 years recently discovered a vendor close by who sells this. Best hot sauce on the market. Heat is intense in all varieties but it never overwhelms the flavor. Perfect.”
Jason Ritchings

“Hands down the best sauce that can be found. I drive an hour and a half just to buy it. So I'll buy 10-15 bottles at a time and it never lasts long.”
Mike Pomeroy

“I stick with the Habanero XXXX which can be purchased by the gallon to refill my many empty bottles. Lasts about a year:)”
Phillip Holton